Four months ago, one of my old middle school best friends, Samara, announced that her wedding date was set for the last week of July 2021. What’s more, she wanted our two other gal pals and me to become her bridesmaids. Of course, we readily agreed and started preparing for such an exciting event.

None of us could prepare for the one thing that our friend’s mother, who would always start crying whenever you mentioned anything about her daughter getting married. It seemed funny at first, you know – someone having trigger words. However, the mom explained that the tears were because she was happy that her kindest daughter was about to settle down.

Then, it was our turn to recall how their lives evolved because Samara did not turn her back on her family.

I met Samara in an exclusive middle school. She was smart, but it was also obvious that she belonged to a lower-class family based on her clothes and packed lunches. I eventually learned that she got in through a scholarship grant and that her mother could barely afford to feed all her six kids with her waitressing jobs.

While many students stayed away from Samara, I did not. My parents taught me early that people who wanted to succeed in life were better friends than those who merely wanted to spend their family’s wealth. Soon enough, our friendship circle expanded, and we would always stick together.

Throughout the years, I noticed in Samara that she was wise and proud (in a good way). Since fine-dining restaurants were out of the question, Samara introduced us to various unique restaurants with great food and low prices. We found it best to let her know months prior if we needed to go on a trip months prior because Samara would never let us pay for her.

After college, Samara’s primary priority was her family. There were occasions when we could not get ahold of her because she no longer had money to spend on herself. Most – if not all – of her salary went to the house she shared with her mom and five other siblings. Samara even helped pay for her brothers and sisters’ college education, which was beyond incredible.

Then, a few years later, Samara met John. He did not come from money as well, but it was evident from the start that he was a hard-working guy. Their relationship deepened and went on for years until we all heard one day that they got engaged.

It took Samara and John six months to prepare for their wedding. They took their sweet time because John said that our friend deserved nothing but the best. (Isn’t that amazing?!)

On the actual wedding day, tears flowed freely down everyone’s cheeks when Samara’s mom hugged her and her groom. She clapped the loudest when the priest announced them as husband and wife. She was also all smiles during the pictorial, even if tears possibly made it impossible for her to see anything. But it was during the wedding reception that people cried as hard as Samara’s mom did.

As they were dancing, the emcee read a letter from Samara to her mother. It practically said how much she adored her mom’s strength and resilience through the years as she took care of six kids on her own. Samara’s letter ended with her hoping to become at least half as good as her once it’s her turn to have children.

Someone had to be made of stone to not feel for Samara and her mom. Some people were dabbing napkins on their eyes when I looked around, while others were still sobbing. It was such a beautiful moment shared between them, and we were all lucky to be spectators when it happened.

Watching Samara’s interaction with her mother on her wedding day was therapeutic, in the sense that it was uncommon these days to see such love between an adult child and a parent. That’s especially true during a wedding where the primary focus should be the bride and groom. In this case, though, they made sure to show their appreciation towards the parents who looked after them for decades before officially moving on to the next chapter of their lives.

Though I always had a sweet relationship with my mom and dad, that made me want to be closer to them and remind them how much they meant to me every day. And if you don’t get along well with your parents, my dear reader, please settle all your differences so that you can also have beautiful moments like Samara and her mom. 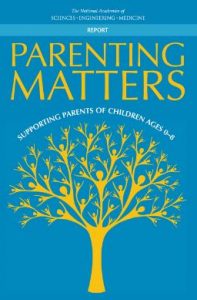